In order to support its portfolio companies, Ascend has built a management services organization, CareAbout, which employs a team of full-time operating executives with deep experience in improving healthcare delivery. 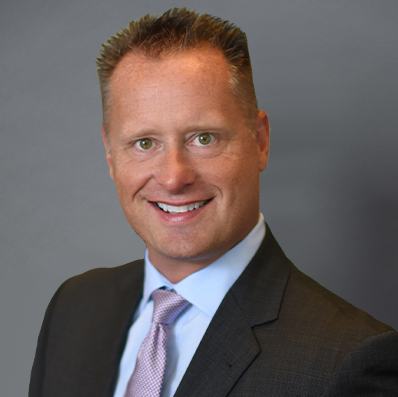 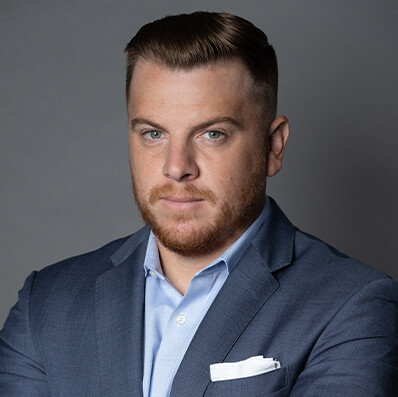 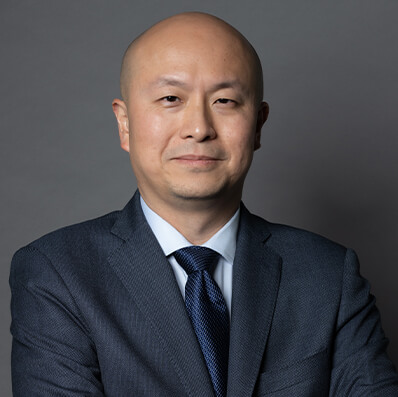 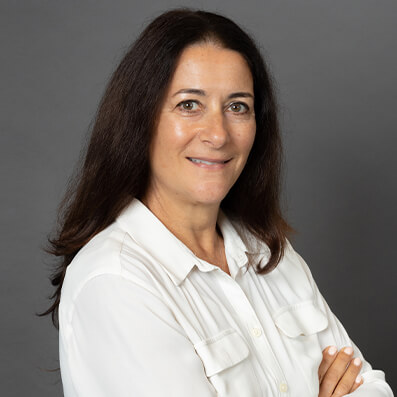 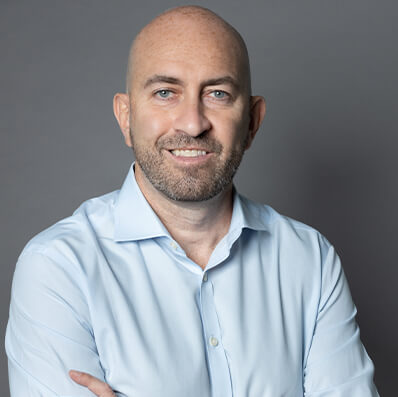 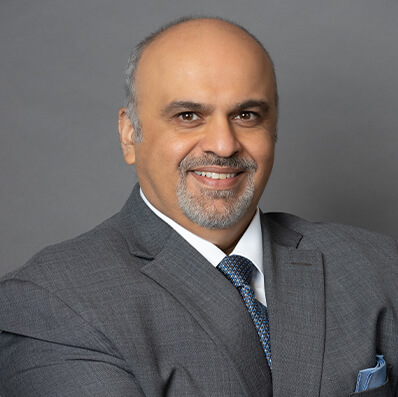 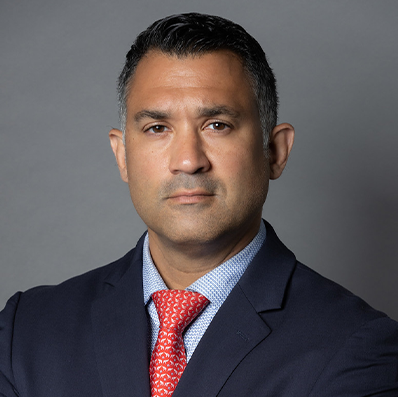 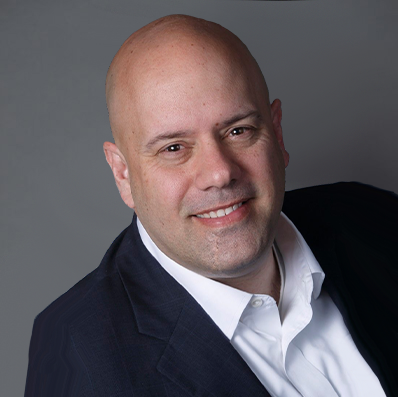 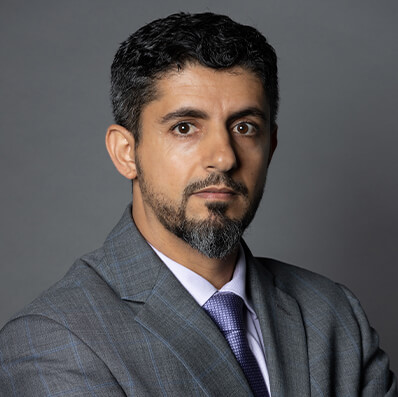 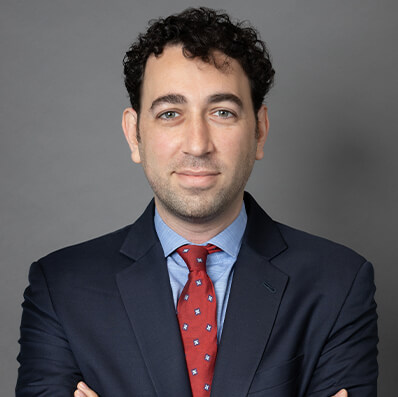 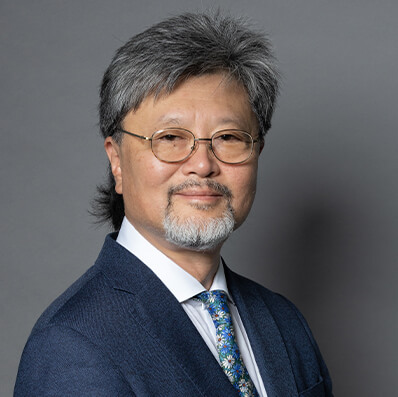 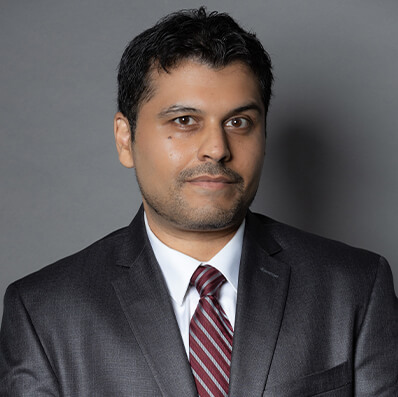 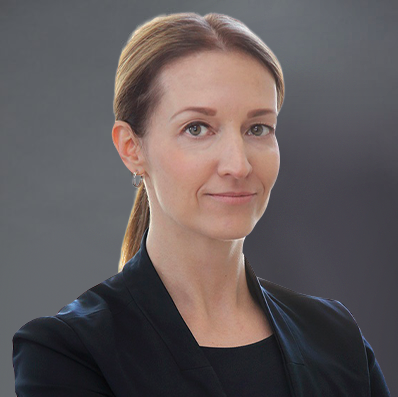 Mr. Carson is the CEO of CareAbout and a Senior Advisor of Ascend. Prior to CareAbout, Mr. Carson served as the President & CEO of Harvard Pilgrim Health Care, where he led a major financial, cultural, and market-positioning turnaround effort, as well as its merger with Tufts Health Plan resulting in $9.4B, 2.4M member diversified commercial, Medicare, Medicaid and national TPA business. Mr. Carson previously served as the Chief Operating Officer of ConcertoHealth, a private equity-backed, value-based care delivery organization. He was also the President of Anthem’s Eight Health Plan Eastern Region Medicare business, Chief Operating Officer of Amerigroup’s national Medicare business, and held numerous Vice President positions that led Amerigroup’s national Medicaid growth, expansion, and cost management. Prior to this, Mr. Carson was also the Vice President of Premera Blue Cross and the Executive Director of BCBS Colorado/Nevada/New Mexico.

As a 25-year healthcare veteran who has improved value-based care for all population types in nearly every state across the country, Mr. Carson also serves on various healthcare services company advisory and business boards. Mr. Carson serves on The Schwartz Center for Compassionate Care board, the Greater Boston Boys & Girls Club, and has previously held board positions with America’s Health Insurance Plans (AHIP), Association of Community Health (ACHP) and Massachusetts Association of Health Plans (MAHP).

Mr. Carson is a veteran of the United States Air Force. He holds a B.S. in Business Administration from the University of Phoenix.

Will Nestor is the Chief Operating Officer and Chief Administrative Officer of CareAbout. Prior to joining CareAbout, Mr. Nestor served as the Chief Performance Officer and Corporate Counsel at Prospect Medical Holdings, Inc., where he helped turnaround, integrate, and operate hospitals, medical groups, and health systems across the country. Mr. Nestor was also the Senior Director of Operations at Mount Sinai Health System, where he served in various administrative, operational, and strategic leadership roles to grow and improve Mt. Sinai Health System’s size, profitability, and quality. In addition to his operational experience, Mr. Nestor was an Associate Attorney at Genova Burns and a Judicial Law Clerk for the State of New Jersey.

Mr. Nestor received his J.D.from Seton Hall University School of Law, where he focused on Health Care Law, Commercial Transactions, and International Law. Mr. Nestor received his M.B.A from Rutgers Business School, where he focused on Health Care Administration, Operations, and Finance. In addition, he holds credentials as a Certified Healthcare Compliance Professional from Seton Hall University of Law.

Dr. David Shih is the Chief Medical Officer of CareAbout. Prior to joining CareAbout, Dr. Shih was the co-founder and Chief Medical Officer of CityMD, where he also operated as their Executive Vice President of Strategy Health & Innovation. At CityMD, Dr. Shih was responsible for hiring the first 100 physicians, the creation of CityMD’s Academy training services and Aftercare Services medical staff training, and the creation of systems and processes to help CityMD scale and retain care-quality. Dr. Shih is the founder of Master Clinicians, and presently serves as the Chief Medical Officer of Rendr Care. Dr. Shih worked as an attending physician in Northwell Health’s emergency room at Huntington Hospital. He completed his residency training in Emergency Medicine at Long Island Jewish Medical Center.

Dr. Shih holds a B.S. in Biochemistry from Binghamton University. He holds his M.D from the New York Downstate Medical Center College of Medicine.

Claudia Honan, Esq. is the Chief Legal Officer of CareAbout. Prior to joining CareAbout, Ms. Honan served as the General Counsel of Health Plus Management, where she was responsible for all legal and compliance aspects of the Company and served as a key member of the C-Suite. Mrs. Honan was also the former General Counsel to CityMD, where she advised on a broad array of issues, including fraud and abuse, governance, corporate compliance, transactional arrangements, patient-related legal issues, and HIPAA compliance. Ms. Honan has been named as a "Super Lawyer” for each of the past ten consecutive years. She has also been named to "Best Lawyers in America" for 2022. Ms. Honan presently serves on the Business Advisory Council of SUNY Geneseo’s John W. Jones School of Business. She also serves on its Social Impact Committee.

Dr. Ben Stein is the Chief Information Officer of CareAbout.

Prior to joining CareAbout, Dr. Stein was the Medical Director of Sollis Health. He has also served as the Director of Clinical Systems at Northwell Health and Lenox Hill Hospital in New York. Dr. Stein’s entrepreneurial experience in building technology-enabled healthcare companies includes his founding of Healthix, which has grown into the nation’s largest health information exchange. He has also occupied foundational leadership roles at GoHealth Urgent Care as Lead Physician, and was the co-founder and Chief Medical Officer at Eden Health. Dr. Stein continues to practice as a board-certified emergency physician in various care settings.

Dr. Munish Khaneja is the Chief Strategy Officer of CareAbout. Prior to joining CareAbout, Dr. Khaneja served as the Chief Medical Officer of Altruista Health, Inc., where he oversaw clinical strategy and regulatory innovation across all products and services. Prior to Altruista, Dr. Khaneja served as Vice President of Clinical Effectiveness and Pharmacy at EmblemHealth, where he was also the Corporate Clinical Lead for Population Health and Value Based Purchasing. Dr. Khaneja has served as the Senior Vice President and Chief Medical Officer of Affinity Health Plan and the Greater Hudson Valley Health Center. He was also a Hospitalist at Kings County Health Center in Brooklyn, New York. Dr. Khaneja presently maintains academic affiliation as an Assistant Professor of Medicine and Pediatrics at SUNY Downstate College of Medicine. He is a board member and advisor to numerous national organizations and corporations, and is a Fellow of the American College of Physicians.

Dan Serrano is the Senior Vice President of Finance at CareAbout. Prior to CareAbout, Mr. Serrano was the Vice President of Value & Risk Based Contracting at Mt. Sinai Health System, where he worked to align contracting, operational performance, and network strategy for employed and voluntary physician groups. Prior to his role at Mt. Sinai, Mr. Serrano served as Vice President of Commercial Products at Healthfirst, Market Chief Financial Officer at ChenMed, and Mid-Atlantic Region Chief Financial Officer at Aetna, where he focused on driving strategic financial decisions by analyzing the value drivers for each of the stakeholders across the industry.

Mr. Serrano holds a B.S. in Finance from the Peter J. Tobin College of Business at St. Johns University.

Scott Farnsworth is the Chief Medical Information Officer at CareAbout. Prior to joining CareAbout, Mr. Farnsworth served as the Vice President of Clinical Systems & Solution Architecture at Kindred Healthcare, where he was responsible for the conceptualization, design, and development of enterprise-wide clinical solutions. Mr. Farnsworth was also the Vice President of Population Health Technology at Humana, and the CIO to their Managed Services Organization, Transcend MSO. In addition, Mr. Farnsworth worked as a nurse in hospital intensive care and critical care units, on MedSurg floors, in nursing homes, and home health/hospice settings.

Mohamed Humaidi is the Senior Vice President of Data & Analytics at CareAbout. Prior to CareAbout, Mr. Humaidi was the Vice President of Healthcare Data & Analytics of Franciscan Alliance and the former Vice President of Accountable Care Analytics at Northwell Health, where he helped integrate delivery systems and move health plans to become data-driven decision organizations to achieve their strategic goals. Mr. Humaidi has also worked with large health plans such as HHC MetroPlus, Fidelis Care, Emblem Health, and Affinity Health Plan to build multiple end-to-end analytic solutions from data warehousing to data visualization.

Mr. Humaidi holds a B.S. in Information Systems and Mathematics from the College of Staten Island. He is also trained in Lean Six Sigma Black Belt

Daniel Rothman is the Senior Vice President of Finance at CareAbout. Prior to CareAbout, Mr. Rothman was part of the founding team from CityMD, where he served as the Vice President of Corporate Strategy. Mr. Rothman serves as a board member to PeraHealth, Inc. as their co-founder and former Executive Vice President. At PeraHealth, Mr. Rothman helped commercialize the Rothman Index, a life-saving EMR application that identifies patient health trends and reduces mortality rates in hospitals by 30%. Mr. Rothman also helped build and commercialize Mymee, a health-coaching platform for autoimmune disease patients. He also founded Zeo, a smart alarm clock based on a technology he invented. Mr. Rothman is currently an angel investor through Mid-Atlantic Bio Angels and serves as the current Chief Financial Officer of Rendr Care. Mr. Rothman has also worked in and run a variety of research laboratories and has published on the underlying geometry of human cognitive maps.

Mr. Rothman holds a Sc.B. in Cognitive Neuroscience from Brown University. He holds his Healthcare Executive M.B.A. from the University of California, Irvine.

Afraz Haque is the Vice President of Business Development at CareAbout. Prior to CareAbout, Mr. Haque was the Senior Physician Account Executive at Quest Diagnostics, where he was responsible for the integration and day-to-day operations of commercial lab services for various medical groups, including CityMD, AFC Urgent Care, MD365, and Tia Clinic. Mr. Haque has also served in various business development roles at organizations including MasterClinicians and Rally.co.

Mr. Haque holds a B.S. as a Doctor of Pharmacy from the University of Sciences in Philadelphia. He also holds his Financial Planning and Services certification from Fordham University.

Kristi Reismann is the Director of Revenue Cycle Management at CareAbout. Prior to CareAbout, Ms. Reismann served as the Revenue Cycle Director at Rendr Care Physicians, where she was responsible for building centralized revenue cycle operations through standardization and process improvement while ensuring the seamless transition of new mergers and acquisitions. Prior to Rendr, Ms. Reisman was the Revenue Cycle Director at CityMD and Premier Care, where she established a centralized revenue cycle after CityMD’s merger with Premier Care in 2014. Ms. Reismann led the organization through two successful EMR transitions by mitigating risk and maximizing revenue through healthcare compliance coding.